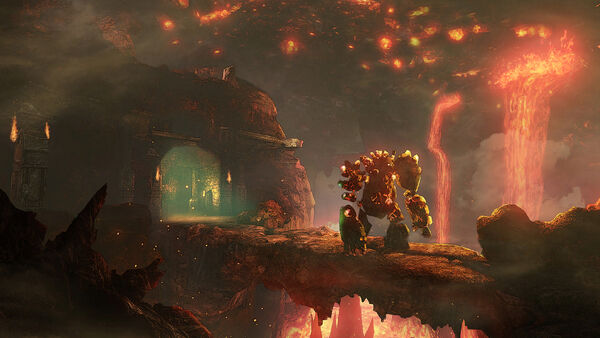 Lavalight Cave, LLC, is the first dungeon players will encounter and is located in the south-west region of the Hakanas Highlands. The recommended starting level is 13-15. The dungeon-specific gear dropped in Lavalight Cave is called the Emberstone set. Outside the tunnel leading to the entranceway, an NPC named Private Corance offers repeatable quests.