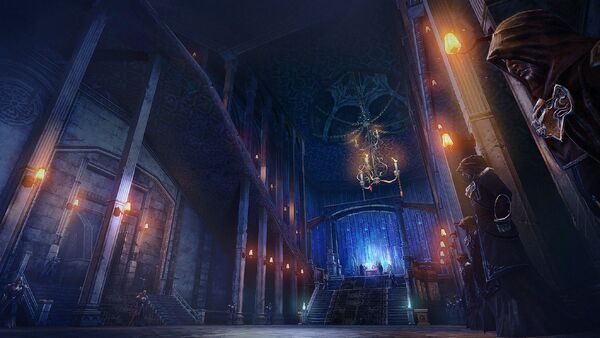 --- Page to be updated to be prettier and better

--- Proper names and loot tables to be provided

Dungeon Explanation: The Carleon Manor dungeon is a lvl. 15-25 dungeon that consists of five areas and two tamable familiars.

Story Mode: Player may only access the Great Hall. Elite/Heroic: You have access to all three hallways. Open any door.

Can Obtain the Cursed Set pieces from any of the bosses

Description: Kimmens patrols in the front courtyard he drops the key. You will use this key to access one of the three hallways of your group's choice. Each hallway is guarded by two [Creature name]. Down the paths left and right, packs of Vampire Bats with a single Elder Vampire Bat roam.

Optional Bosses: Keadin, located at the Dour Stables left of the entrance to the instance.

Description: The Banquet Hall is the leftmost hall of the manor. The stables are beside it.

Description: This is the hallway rightmost of the courtyard.

Description: This is the hallway in the center of the courtyard.